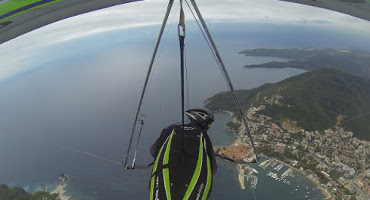 Dear CEN/TC 136/WG6 member,
during the last meeting of the European Safety and Training Committee of EHPU (European Hang-gliding and Paragliding Union), the committee took the following decision:

"ESTC, as the technical emanation of EHPU, should write a letter to the WG 6 and the test laboratories asking that every test maneuver, when properly executed according to the test protocol, is taken into account for the classification. If a maneuver has been executed more than once, the worst result should determine the certification. No "best-case-testing" anymore. For upcoming modifications of the standard EN 926-2, it should be clearly written in the test flight rules that every valid maneuver has to be taken into account for classification."

As the chairman of ESTC I am therefore bringing to the attention of the WG6 members this recommendation coming from the safety officers of the major European free flight organizations.

The motivation behind such recommendation from ESTC is the fact that with current gliders, in many cases, small changes in the execution of a maneuver may lead to a wide range of reactions some of which fall within the acceptable reactions for one category and some in a different category.

The current EN926-2 norm does not specify what happens, for example, if the same maneuver is executed twice, both times executed properly and according to the protocol, and two different reactions are obtained, and these two reactions fall into two different glider classification classes, for example B and C.

Which classification should the glider get for such maneuver? B or C?

Given that the EN926-2, probably assuming a repeatable behavior (same test maneuver, same reaction every time), does not specify what to do in such situation, ESTC is worried that this might lead, in some cases, to mis-categorization of gliders.

In the example above the glider should be certified as a C glider, not B.

I suggest to re-open the discussion on that request for clarification based on this input from ESTC, in the agenda of the next WG6 meeting.

For further details, the minutes of the 2015 ESTC meeting are available on the EHPU website:

I am available to provide any clarification. I can be contacted by email at sicurezza@fivl.it and by phone at +39 3355844936.